The 2014 Interbull Meeting took place in the Estrel Hotel and Conference Center in Berlin, Germany, from May 19-21, as part of the 2014 ICAR/Interbull Conference. The Interbull Technical Committee (ITC) met earlier on Sunday, May 18, in an effort to properly cover the variety of issues on the agenda. On Monday, May 19, it was time for the Steering Committee to have its first encounter. On the following day the Interbull community gathered for the first Business Meeting, for the Interbull Open sessions on “Genetic evaluation methods” and “National and international genetic evaluations” and finally for the ICAR/Interbull joint technical session on “Parentage verification and parentage discovery. On the last day, two additional Open sessions, “National and international genomic evaluations” and “Breeding objectives and novel traits”, were followed by the second Business meeting and the second Steering Committee meeting, respectively. The Interbull meeting had 196 attendants from 39 countries and 32 scientific reports were presented in the Open sessions in addition to the four invited papers in the ICAR/Interbull joint session on parentage verification/discovery.


The German Cattle Breeders' Federation (ADR) and the organizing committee did a splendid job planning all possible details and delivering a very pleasant meeting to all attendees and deserve our sincere gratitude. Big thanks go also to all sponsors that acknowledge the value of ICAR and Interbull for animal production worldwide.


A summary of the relevant information and Steering Committee decisions from the meetings in Berlin is presented below.

During the first Business meeting the Interbull Centre director, João Dürr, presented the summary of activities at the center since the last annual meeting in Nantes (August 2013), covering personnel, service and operations, research and development, publications and work plans. The Interbull Centre finances and budgets are also included in the activity report and were presented at the same occasion by the Interbull Secretary, Erling Strandberg. The financial situation has improved significantly in comparison with previous years and also in relation to the budgeted results for 2013. Several factors contributed to the improvement, on both the income and the costs sides, resulting in an expected positive accumulated balance of approximately € 200,000, which is a level appropriate for the size of the operation. Finances and budgets were approved by the Steering Committee.

Sophie Mattalia’s term as a Steering Committee member ends this year, but she was re-nominated by France Génétique Elevage for a new period of 4 years. Both the Steering Committee and the representatives present at the Business meeting supported her re-nomination, which was sent to the ICAR board for approval.

As advertised in the Steering Committee executive summary of February 11th, 2014, (https://wiki.interbull.org/public/2014_2_ExecSum?action=print), the August 2014 GMACE run will be the first GMACE routine run unless major technical impediments happen to occur. Since no major technical concerns referring to neither the February 2014 GMACE test run or the April 2014 GMACE implementation runs were reported or raised by the ITC, the August 2014 will be the first GMACE official routine run offered by Interbull.

The Steering Committee established additional rules for the use of the bull controlling country list (File 734):

In order to illustrate how the Interbull publication policy for genomically proven bulls should be interpreted, a decision tree is supplied in Appendix I.

The implementation of left truncated MACE runs to supply more adequate validation data for countries that use de-regressed MACE values as input to the national genomic evaluations was postponed to the January 2015 run in order to allow the technical details of the new procedure to be properly explained to and understood by the service users.

A topic that occupied significant time in the meetings was the International Genotype Exchange Platform (GENOEX) proposal, which was the object of discussions in a couple of Interbull sessions and also during other related ICAR working groups. A detailed description of the proposal can be found at Dürr, J., Jorjani, H., Reents, R. 2014. International Genotype Exchange Platform (GENOEX). Proc. ICAR/Interbull Conference, Berlin, Germany, May 19-23, 2014. 10 p. (International Genotype Exchange Platform_paper_Durr_v2.pdf). The services to be provided through the implementation of the GENOEX platform at the Interbull Centre are differentiated into three categories: (1) parentage SNP exchange service (PSE), (2) genomic data exchange service (GDE) and (3) customized genomic repository service (CGR). A step-wise implementation process will be adopted, starting by PSE followed by GDE and CGR. During the discussions it was emphasized that Interbull does not intend to provide parentage verification services and therefore compete with the organizations that currently offer such services in the different countries, but instead facilitate parentage data exchanges among those involved. After considering the inputs received during the meetings, the Steering Committee made the following decisions.

The Steering Committee approved a small adjustment in the service calendar for the April 2015 routine run due to a conflict with the Easter holidays. The deadline for data reception for GMACE (national GEBVs), previously scheduled for 2015/03/25 is now at 2015/03/24 and the GMACE pre-release date, instead of 2015/04/02 is now scheduled for 2015/04/01. These changes, although subtle, are believed to allow both the Interbull Centre and the national units to perform all analyses before the Easter holidays start. The Interbull service calendar is available at http://www.interbull.org/ib/servicecalendar.

At the second Business meeting, future events involving Interbull were presented to the audience including:

The ITC started a review of the correlation post-processing procedures with special attention to two particular cases:

The same working group that has recommended the adoption of post-processing for conformation traits is now reactivated to conduct the proposed review (Raphael Mrode, Esa Mantysaari, Tom Lawlor and Hossein Jorjani). The current methodology applied by Interbull for correlation estimation and post-processing is described at https://wiki.interbull.org/public/rG%20procedure?action=print&rev=17.

Service users were requested to run a pilot study to test both the software and the methodology of the Mendelian Sampling trend validation developed in cooperation with MTT and NAV. The feedback received was that the instructions are straightforward and the program is easy to use. A preliminary summary of the results was presented in the Open meeting and now the working group (MTT, NAV, Interbull Centre) will perform more detailed analyses of the pilot data to assess the impact of adopting the procedure as part of the Interbull routine validations.

The working group formed by Bevin Harris (chair), Vincent Ducrocq, Mario Calus, Paul VanRaden, Zengting Liu and Martin Lidauer presented a promising progress report of testing a “naïve” method of approximating genomic reliabilities based on Harris & Johnson (1998). The next steps for this important project are: complete the data simulation step including pre-selection, address the gap between validation accuracy and estimated reliabilities and use true values from simulated data to verify the validation accuracy.

The original working group (Esa Mäntysaari, Paul VanRaden and Zengting Liu) and Mohammad Nilforooshan will review some aspects of the GEBV validation test: upper limit for cases in which b1 > E(b1), minimum number of test bulls and comparison of EBVs and GEBVs for bulls in different strata of the ranks. 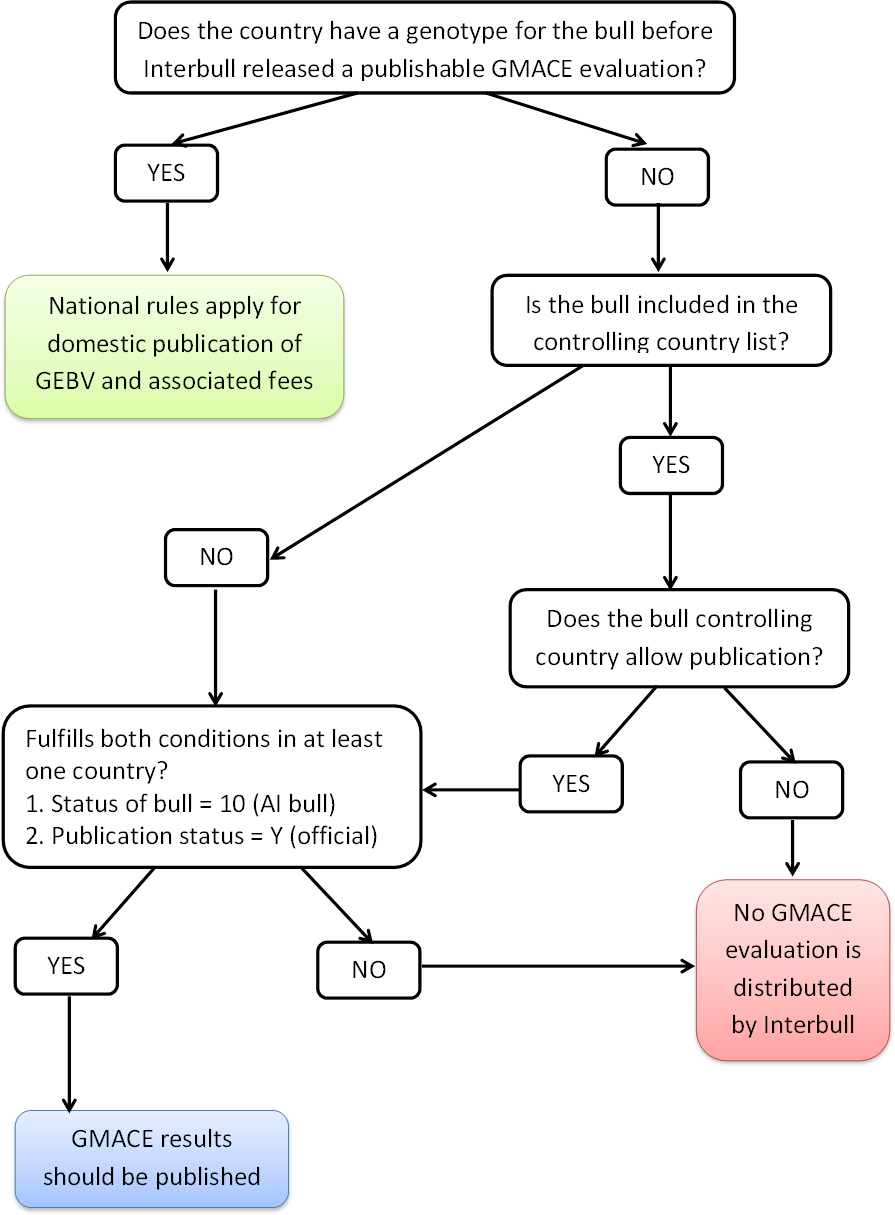